Bronze reliefs provide one of the earliest forms of visual story-telling. Unlike in-the-round sculpture, reliefs are usually anchored to a flat surface, like a wall. That way, the background blends into the raised portion of the artwork allowing for a much more detailed story. For example, a battle scene or a scene from Parliament.

My reliefs tend to be more on the high side than bas reliefs, or low reliefs. I also tend to incorporate a generous amount of texture, both in the background and in the figures themselves.

I do this with wax-based clay, which can be manipulated in a near liquid form. After the clay hardens, it is covered with a mold. From this mold a wax form is developed. In the final step, the wax is melted away and bronze replaces it in what is called the “lost wax process,” a process which is nearly as old as bronze casting.

This bronze relief depicts the removal of the majority of the Cherokee Nation from the mountains of north Georgia to Oklahoma. This image is of one of the thirteen groups of approximately 1,000 Indians moving west.

Click PDF below for detail on Trail of Tears.

This relief is approximately 24”H x 48”W x 18”D, and is divided into the background, showing the elk herd crossing the Snake River, and the foreground, showing four elk in-the-round. 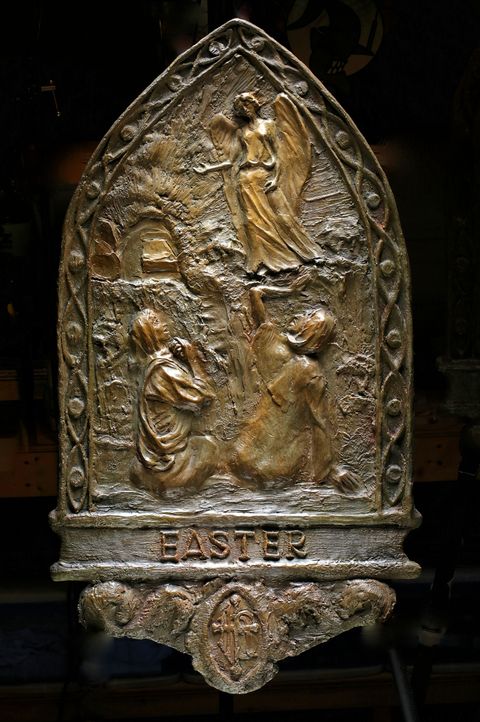 STATIONS OF THE RESURRECTION - EASTER

The New Testament has several descriptions of the discovery of the empty tomb. Here, the tomb is guarded by the Angel of the Lord and the women in awe of her presence are Mary Magdalene and Mary Mother of James. The icon at the bottom of the relief is "IHS". 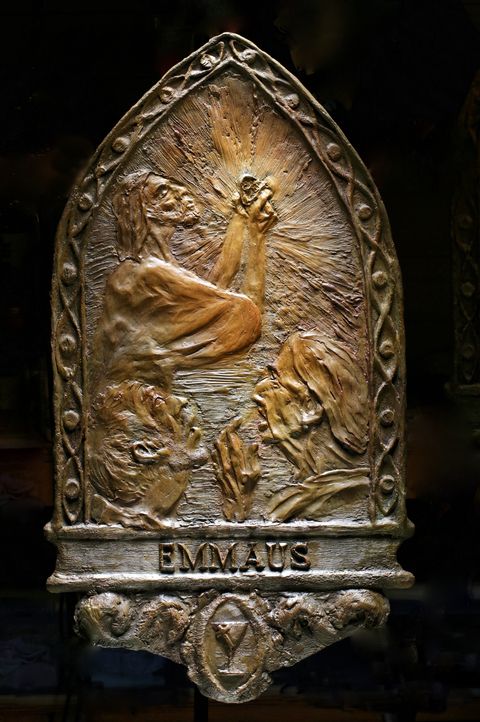 STATIONS OF THE RESURRECTION - EMMAUS

Following his crucifixion, Jesus was reported to be walking with two apostles on the road to Emmaus. They did not recognize him and were regaling him with stories of that awful day. As they stopped for the evening meal, Jesus blessed bread. At that moment, his followers recognized him. 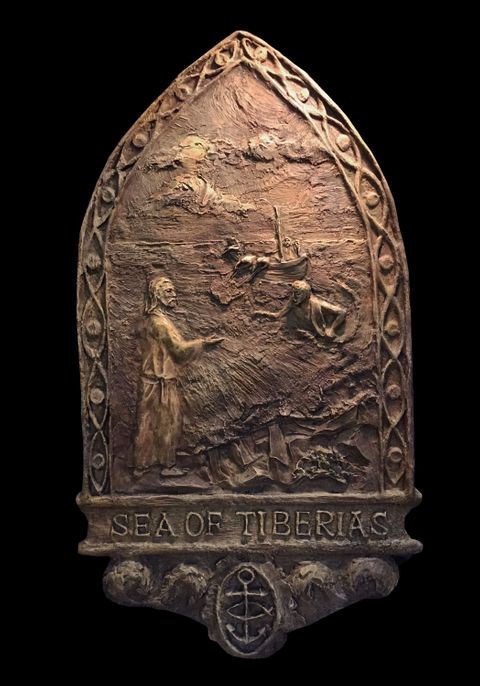 STATIONS OF THE RESURRECTION: SEA OF TIBERIAS

Bronze relief entitled Sea of Tiberias shows fishermen in the early morning under a setting moon. Peter has leapt into the sea upon recognizing Jesus.

Each bronze relief in the Stations of the Resurrection series has an ornate border and a unique identifying icon at the bottom. Here, the icon is of the ancient symbol of Christianity: the fish. 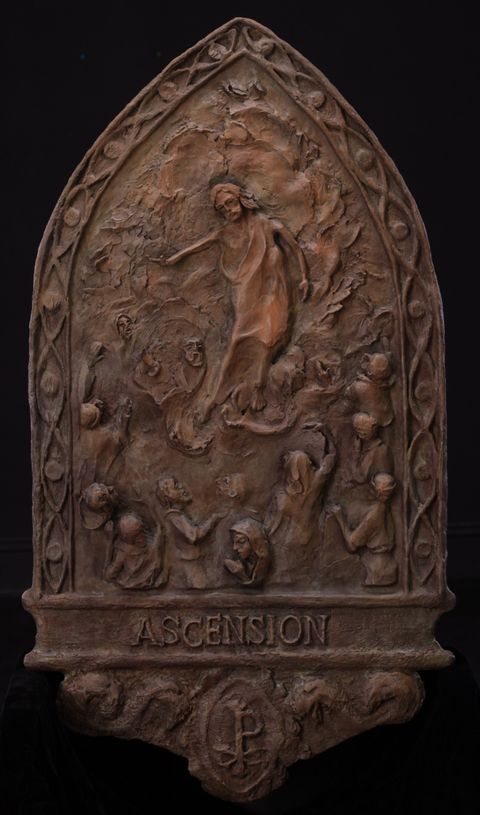 STATIONS OF THE RESURRECTION: ASCENSION

The Ascension depicts Jesus rising in swirling firmament. All disciples (except Judas) are present, as well as Mother Mary, who does not look upward. The icon at the bottom is one of the first emblems of Christianity, Chi Rho.